“What do I want to do when I grow up? I want to become better than Ralph De Palma
(Enzo Ferrari)

Antonio Silvestre will sign the direction of a docufilm dedicated to one of the greatest automotive figures in history; the fastest man in the world capable of triumphs that brought him right in the Olympus of American and world motoring.

Raffaele “Ralph” De Palma was born in Biccari, in the province of Foggia, in 1882. He emigrated to the United States in 1893 and started driving racing cars in 1908 after practicing cycling and motorcycling with the same capacity and achieving numerous victories. In 1915 he won the “500 Miles of lndianapolis” with a Mercedes, car manufacturer of which he will mark the main international successes. From 1911 until today no other ltalian driver has won the most in lndianapolis! Ralph De Palma is still remember ed for the dramatic way in which he lost the edition of the “100 Miles of lndianapolis” of 1912: after leading the race for 196 of the 200 laps, his Mercedes broke a piston two laps from the end; he and his mechanic had to push the heavy car to the finish line (finishing 11th) but collecting more of the winner’s applause.
In 1912 and 1914 the biccarese driver won the National Championship of the United States and in 1929 the Canadian one, becoming three times world champion of motoring. At that time the current Formula 1 was in fact called AA.A. (American Automobile Association) but it was the equivalent of the championship that currently sees the leadership of the steering wheel like Hamilton and Vettel.
In 1919 he also beat the world speed record, running at an extraordinary average of 241 km/ h, a speed that at that time even the planes did not reach. All the major victories achieved by De Palma are of historic importance for ltalian sport because the victory at lndianapolis (1911), two of the three world titles won (1912 and 1914) and the world speed record (1919) were all achieved when it was still an ltalian citizen: the American citizenship would have achieved, in fact, only in 1920. De Palma is then an absolute star of the world automotive firmament for the incredible number ofraces won in career: 2,117 out of 2,889 disputed: no one in the history of sport has never clone better than him! The docu-film will follow the actions of the pilot from his native country, Biccari, a small town in the Monti Dauni, up to his successes in the United States.

In America his fame, his style and his victories contribu ted to change the judgment that had been up to then of the ltalian emigrants, which is why De Palma should be remember ed as the Champion of Motors and values. 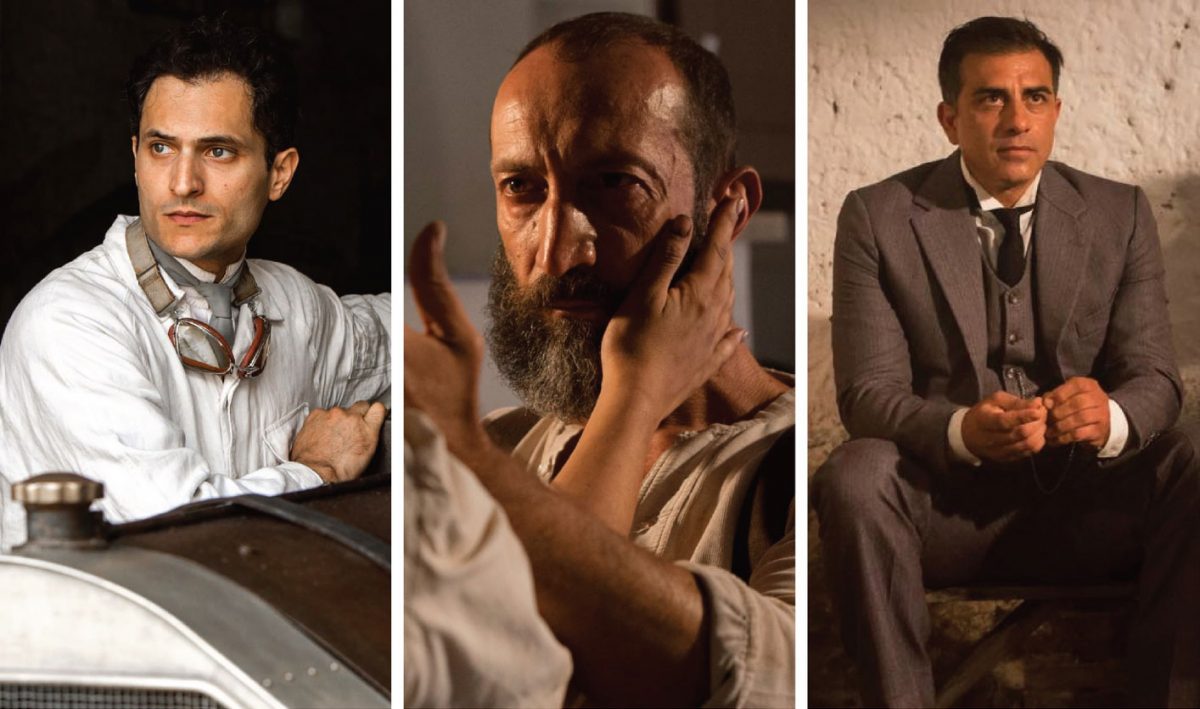 I approached the story of Ralph De Palma on tiptoe and with the respect and curiosi ty that deserves such a significant figure in the sport of our country.

Attracted by the pages of the biography of Maurizio De Tullio: Ralph De Palm a – History of the fastest man in the world that carne from Foggia, I deepened the study of a pilot who is surrounded by an extraordinary sports legend and at the same time to the mostabsolutely unknown. My intention is to merge together three elements that will be the filmic language of this form of story that we will call Docufilm: first we will buy the rights of the few early 20th century repertoire images that testify some of the races that saw Ralph De Palm a protagonist; the second element we will u se is that of interviews with historians, sports journalists and personalities who are aware of anecdotes and events that closely affect the life of the pilot Dauno.

The third element will be a real historical reconstruction that will make u se of actors, costumes and vin tage cars and which will see some of the most important pages of De Palm a’s life revived; his departure from Biccari at the end of ‘800, the Barbier e workshop in which his father Pietro took his first steps in Brooklyn, the birth of the myth of the pilot who only knew how to win, through some sequences that we will realize with the interpreter who will dress the Ralph cloths on his car.

lnside the Docufilm, in the interview section, there will be some images that will be mad e in the United States, both in New York (at Ellis Island immigration, in today’s Brooklyn, etc.), and in lndianapolis where they are located several races of De Palma’ s victories and where his name was rightfully included in the Pilot s’ Hall of Fame.

We will visit and pay homage to the grave where the pilot rests in California and we will try to trace back some of his distant descendants who still bear his name and who have never known the origins of their ancestor.

Finally we will try to make possible what in life was not possible to the great pilot, his return to Biccari aboard his racing car.